The Unlikely Entrepreneur: Are You Ever “Ready”? 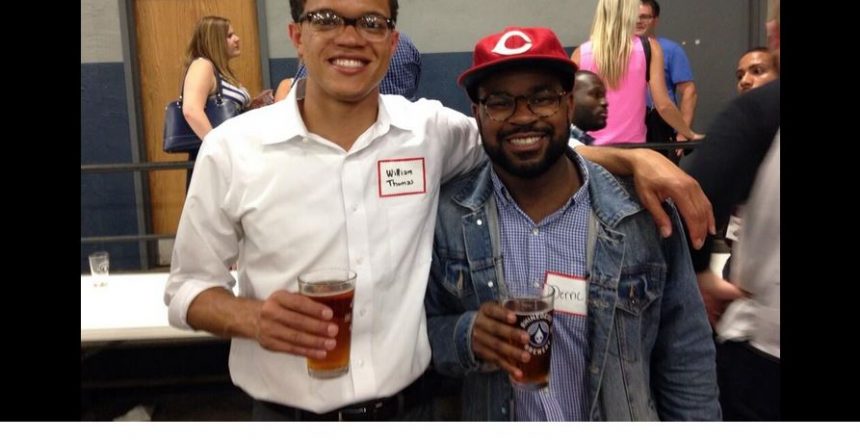 In 2014, MORTAR co-founder William Thomas and I signed up for the opportunity to pitch a social impact idea at the Fuel the Fire Competition at Rhinegeist Brewery. Our pitch idea was the solution to a problem we had noticed in our community. Minority job creators across our region were disconnected from the resources needed to start and sustain businesses. We wanted to get them connected. We gave our pitch and felt good about it but were discouraged when we found out the winners were to be selected by audience vote. Our crew was only 5 people. Other teams had dancing children and tables of supporters with them. We didn’t think we had a shot at winning.

Through luck, timing, or an act of God, we won the competition and were given a chance to bring our idea to life. The problem was that we had no idea how to actually make it happen.

William, Allen, and I are the most unlikely of entrepreneurs but we’ve managed to figure it out. Since winning the competition, MORTAR has grown to a staff of four employees, launched six classes, and is set to expand into our third Cincinnati neighborhood.

So, what do you do if you find yourself as an unlikely entrepreneur? Here are some lessons from our journey:

It has been said that “fortune favors those who hustle.” This means that if you want to be successful, you’re going to have to work 10x harder than anybody else in your field. Short on actual work? Take some time to read books on your industry, test and tinker with your products, get out there and find out what your customers want. Now is the time to hustle and to make it happen. Send that extra e-mail and go that extra mile.

Here’s a secret: no one really knows what they are doing. Those who are the most successful are just able to fake it the best. You don’t have to be an expert, you just have to show you’re credible and competent enough. When we first launched MORTAR, we didn’t know if our pop-up and our class would work or not, but we believed in our idea and we behaved accordingly. Confidence is your most important currency. If you believe in your ability to figure it out, eventually you will.

Asking for help is tough for anyone. As an entrepreneur, it is critical to accept that your success will be dependent on getting initial help from others. An individual is only able to do so much, but a team is much more powerful. As needs arise, it’s important that you ask your friends and family or support organizations like SCORE for help. MORTAR was founded by just three of us, but there were countless others who rose to the occasion and helped us address needs and solve problems. Ask for help. You won’t regret it.

It makes sense that many entrepreneurs are afraid of failure. If we don’t have a safety net to fall back on, failure can mean the end of a business venture. But what if failure doesn’t have to be a death blow for entrepreneurs and can instead be a tool to succeed even faster? Quotes from people much smarter than I am substantiate this:

“Failures are finger posts on the road to achievement.” – C.S. Lewis

“There is only one thing that makes a dream impossible to achieve: the fear of failure.” – Paulo Coelho

The list goes on and on and on. Failure doesn’t have to be fatal. Fail fast and absorb the lesson instead of allowing your ego to feel bruised. This will put you in the position to succeed. Don’t fear failure, embrace it and learn from it. As I said before, we haven’t always known what we are doing but we’ve pushed through and moved forward. I hope these lessons from our experience can encourage fellow entrepreneurs who have a great idea but may not feel confident of being able to see through.

Hit us up if you ever need a word of encouragement. We’re here to help.